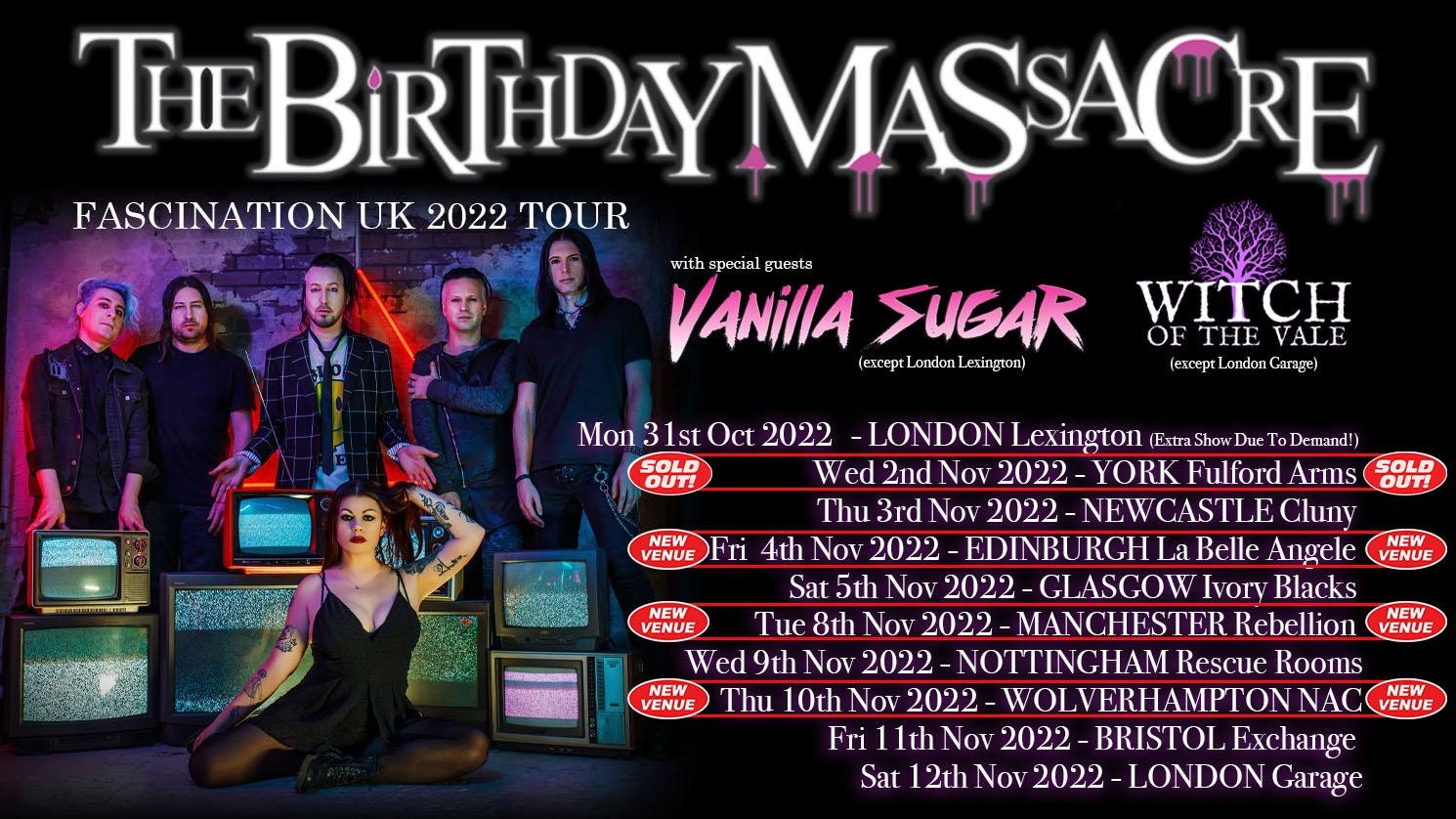 The Birthday Massacre show in Edinburgh has been upgraded due to popular demand from Opium/Legends to La Belle Angele on Friday 4th November 2022. All Original Tickets Remain Valid!