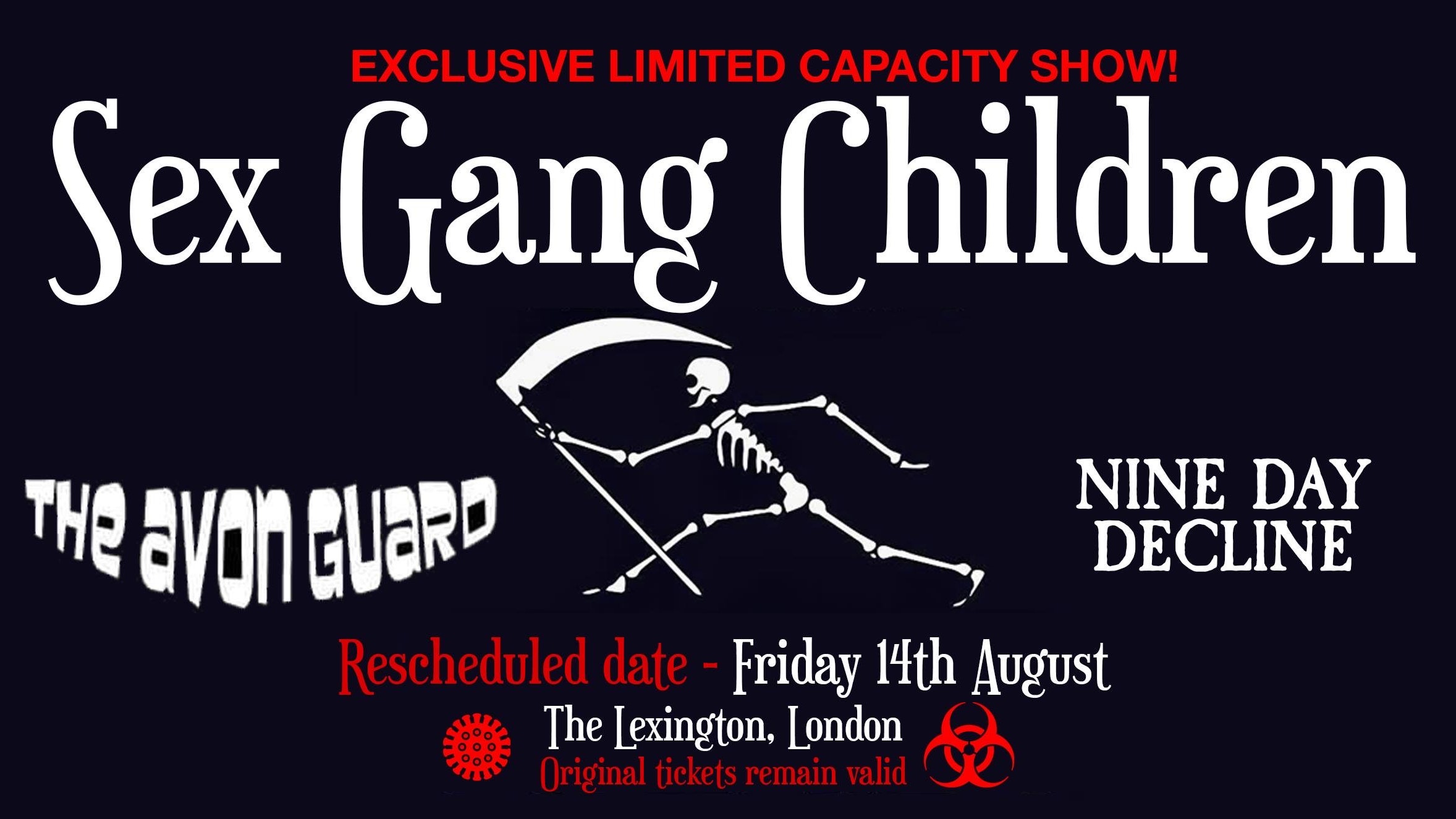 As anti fashionistas this London-based post-punk/gothic band were briefly in vogue in the early 80s. They were built around vocalist Andi Sex Gang, who talked himself into support slots for which he needed quickly to assemble a new band. He eventually settled on Dave Roberts (bass), Terry McLeay (guitar) and Rob Stroud (drums), who played their first gig under the name Panic Button.

The name Sex Gang Children was taken from a William Burroughs book and was actually on a list of names with which fellow King’s Road fashion victim Boy George was toying. It later transpired that Boy George had in turn taken it from Malcolm McLaren’s original suggestion for a moniker for the band that would become Bow Wow Wow.
By 1982, a number of bands in the same mould began breaking through in the capital. Sex Gang Children’s first vinyl release was a 12-inch titled ‘Beasts’, produced by Nicky Garrett (ex-UK Subs), after which Tony James (Generation X, later Sigue Sigue Sputnik) began to take an interest in the band. Their most fondly remembered release, ‘Into The Abyss’, closed 1982, with their debut vinyl album arriving early the next year. The single lifted from it, ‘Sebastiane’, featured Jinni Hewes from Marc And The Mambas on violin. Andi then performed a debut with Marc Almond (‘The Hungry Years’) for the compilation The Whip, which also included a contribution from Roberts’ other band, Car Crash International. Stroud left to join Pink And Black (featuring future All About Eve bass player Andy Cousins), and was replaced by Nigel Preston (d. 7 May 1992; ex-Theatre Of Hate). He stayed long enough to record the single ‘Mauritia Mayer’, before he took part in a bizarre ‘drummers’ swap with Ray Mondo of the Cult.
Events took a further strange turn when the latter was deported back to Sierra Leone for passport irregularities after a US tour. Roberts also departed, leaving Andi and McLeay to recruit Cam Campbell (bass), and Kevin Matthews (drums). However, only one single, ‘Deiche’, was released before the band disintegrated and Andi set out on a solo career, renaming his backing musicians the Quick Gas Gang. He released Blind! and Arco Valley, before reuniting with Roberts in 1992 to record a new studio album. He continued to lead Sex Gang Children throughout the decade and into the new millennium, releasing several new studio albums as well as pursuing a parallel solo career.
More Recently SEX GANG CHILDREN have been more active playing more shows with a new found vigour to audiences young and old who know once these icons are gone, they will never return!