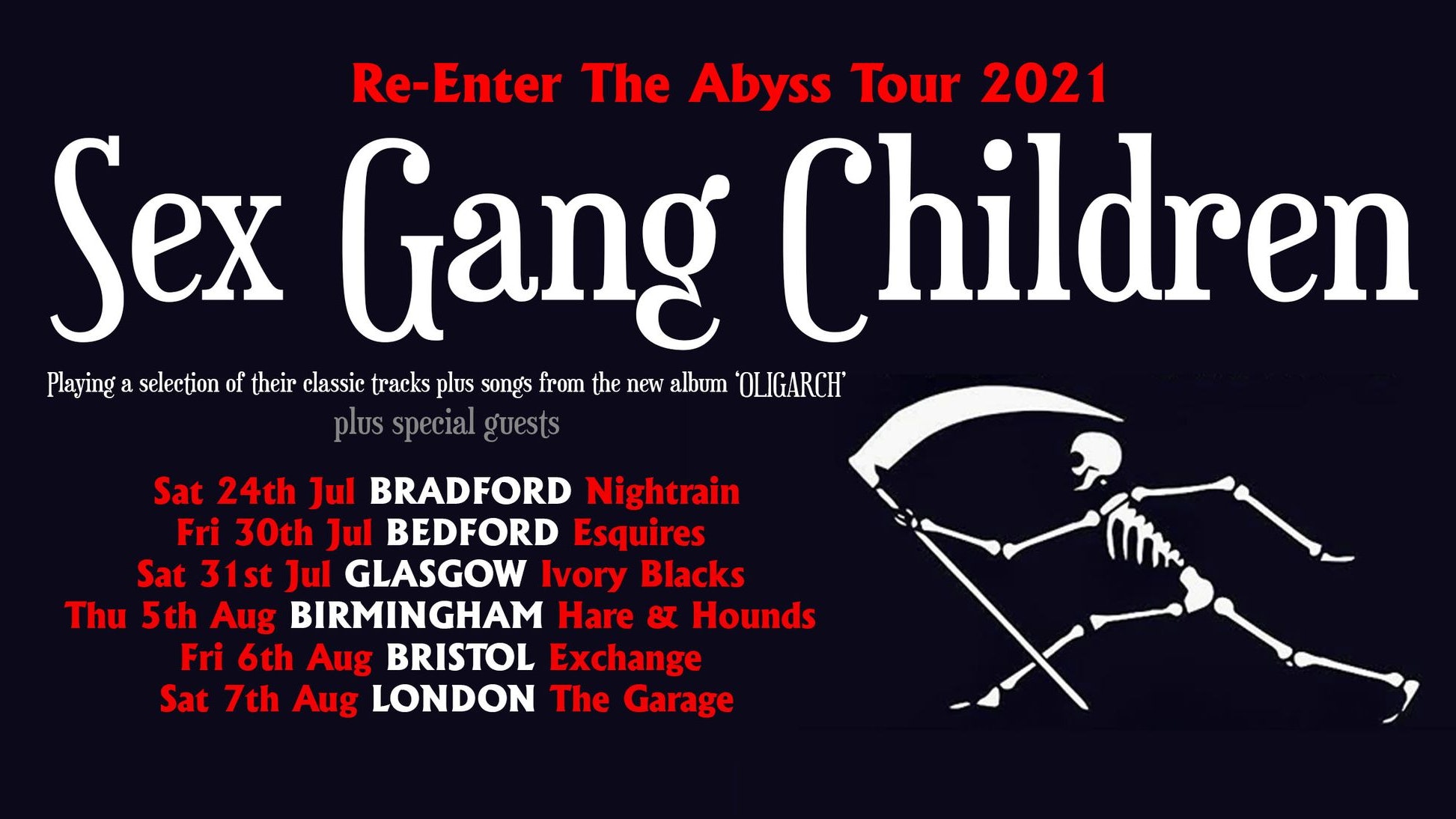 Sex Gang Children was formed by vocalist and frontman Andi McElligott (Andi Sex Gang) at the beginning of 1982. Rising from the wreckage of the Punk ethos, they quickly gained a reputation with their dark, intensely theatrical live performances and uniquely jagged art rock style.

The band’s first single, ‘Beasts’ released in 1982, topped the UK indie chart, subsequently staying within the top 20 for the next 18 months. Their groundbreaking album ‘Song and Legend’, produced by Tony James and released in 1983 topped the UK indie chart at #1 and entered the mainstream chart’s top 30.  That same year the band collaborated with Soft Cell’s Marc Almond and Dave Ball for the single ‘The Hungry Years’.

For the next SGC album ‘Blind!’, film score composer Simon Boswell took on production duties, fulfilling the album’s dark cinematic feel. The following year they were invited by Italian horror movie director Dario Argento to write music for his latest film, ‘Phenomena’. It was the first of several film soundtracks that Sex Gang would contribute to over the years.

The next album, ‘Arco Valley’ enlisted the production skills of the legendary Mick Ronson. A collaboration that surprised many in the UK press and music industry. The albums continued to flow. Medea, Veil, Demonstration, Bastard Art and Viva Vigilante.

Sex Gang Children have never compromised in their approach to the art and remain seminal figures in the Post Punk scene. The now widespread Goth movement looks directly to them as one of its founding fathers. Their classics such as Deiche, Sebastiane and Mauritia remain Goth club favourites all over the world.

In March 2021, SGC will embark on their Review tour playing a selection of their classic tracks plus showcasing  songs from their new album ‘Oligarch’. Their 9 CD boxset ‘Fear, Silk & Sex’ and exclusive vinyl & CD reissues are available through Cleopatra Records and Liberation London.