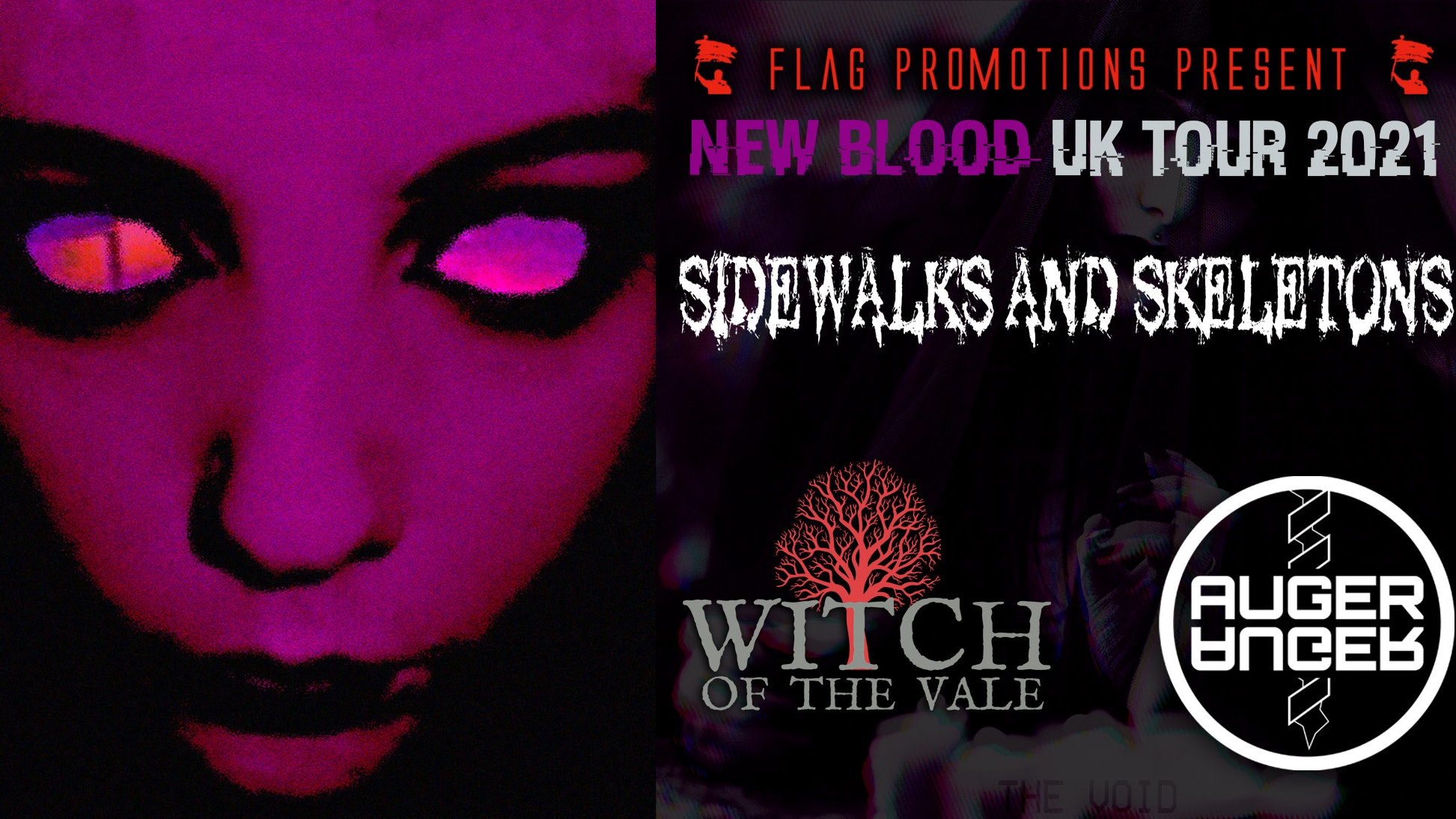 The Louisiana
18+
Share
Buy from Fatsoma
Buy from Ticketweb

SIDEWALKS AND SKELETONS Biography:
“Music for you to listen to while you walk through cemeteries alone at 3am.”
Sidewalks and Skeletons is the solo-project of UK artist Jake Lee, who grew up playing in many different metal bands as a guitarist, as well as gravitating towards creating dark electronic music starting in 2006 and making S&S his main solo project by 2011.
Recently featured in the Devolver Digital video game RUINER Soundtrack – S&S has worked with & played shows with bands such as Crystal Castles, HEALTH, Brothel, Levit∆te and many others. Even being credited as producer for the Crystal Castles track Their Kindness Is Charade.
S&S did 3 USA tours in 2017, 2018 & 2019. Dropped the new album “ENTITY” in 2019. And played shows all across Europe including RUSSIA, Moscow & Saint Petersburg in 2020.
Sidewalks and Skeletons is currently working on a new album, titled “A Neverending Descent”, and is dropping new singles along the way such as Cybercrimes, Nowhere, and Eternal Rest.
You won’t want to miss what comes next.

WITCH OF THE VALE Biography:Witch of the Vale are Erin and Ryan, an unsettling electronic duo from the serene shores of Loch Lomond and the remote Outer Hebridean Isles. Having signed with Cleopatra Records In December 2020, Witch of the Vale released their debut album Commemorate, which is now available on CD and vinyl . They have also since been featured in the official movie soundtracks for Baphomet and Scavenger.

Erin and Ryan began creating music together after identifying a shared love of a particular style of dark, melodic music which they felt was missing from the current scene. Having taught themselves how to record, mix and engineer their own unique sound, the first song they wrote together Trust the Pain would go on to be ranked one of the top electronic tracks of 2019 by The Electricity Club and amodelofcontrol.Their debut album released in December 2021 to critical acclaim, went on to reach number 1 both the goth and industrial music charts on BandCamp.
Witch of the Vale are best identified by their haunting vocal style coupled with harmonic synths. These in turn are starkly contrasted by deep drones and abrasive drums. With Erin’s sincere, melancholic lyrics, their sound is at once ethereal and devastating. Live, their performance has been described as compelling and tortured. Their sound easily compliments more energetic artists, providing a tempo break in line-ups to deliver an atmospheric and deeply emotional experience.

AUGER Biography: Auger are a hyper melodic, dynamic dark rock duo, fusing electro, industrial & metal. After releasing 3 albums in just 3 years, which all went top 5 in the German ‘DAC’ charts, and playing 60+ shows, in 8 Countries, the guys are entering a new era and currently releasing a new single & video, every 6 weeks.
Visit WWW.AUGER.BAND for all their links.