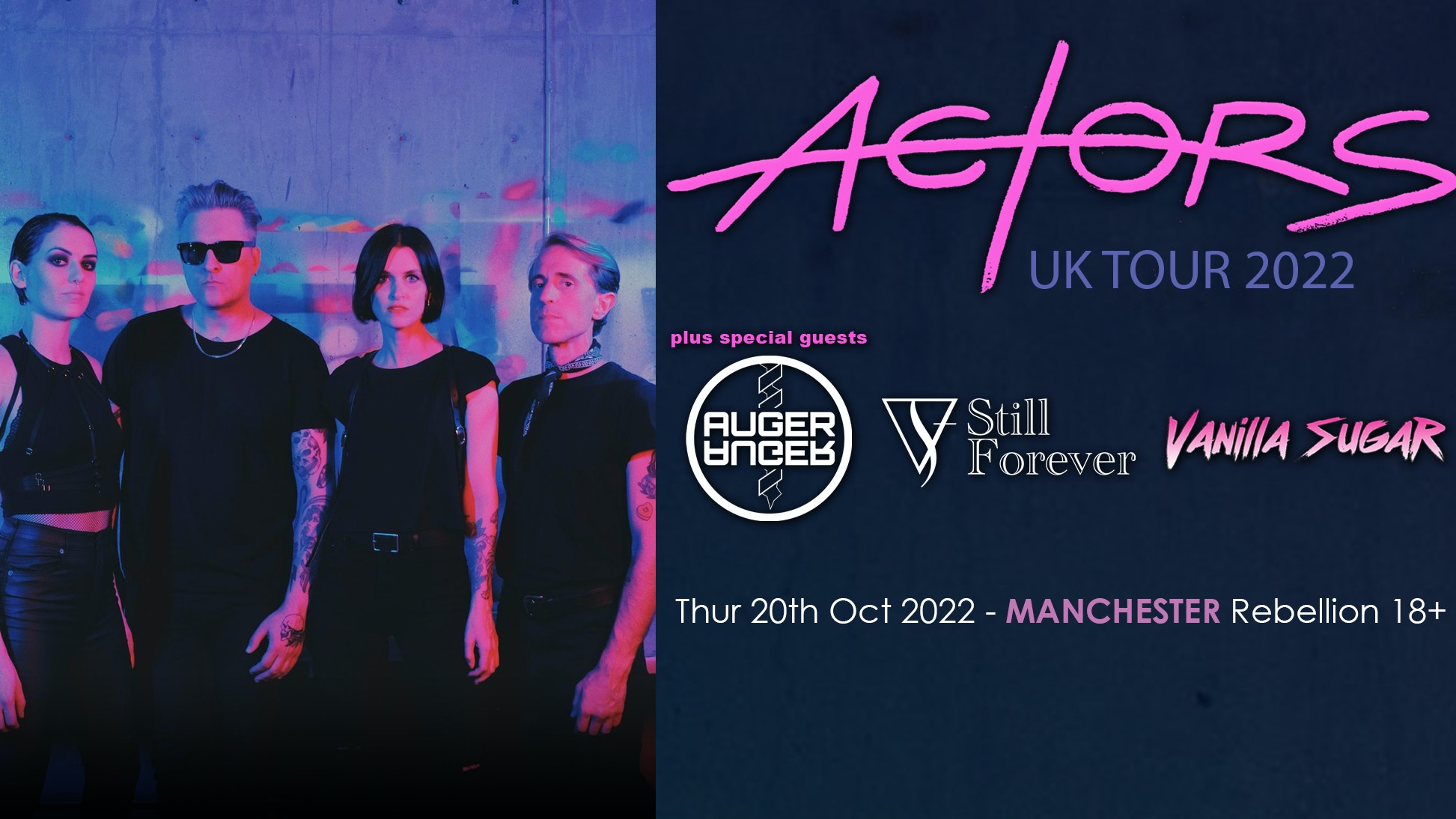 Due to reduced capacity at Night People during their refurbishment this show has been moved to Rebellion! All original tickets remain valid!

Thank you for your understanding!

The Jason Corbett-led outfit ACTORS are standing on the shoulders of titans with their brand of the style, and could almost be referred to as “post-post-punk”. In a period where we narrowcast rather than broadcast so fans and new music-seekers can firmly plant themselves in a niche, Corbett takes swings at creating sounds and production techniques that one would not usually find in a starter package of cliché plugins and samples. Backed by a stoic yet playful backing band, the frontman shows an enthusiasm while performing and recording that often isn’t seen or heard in his preferred genre.